Rural producers in Brazil are paid for conservation in the Amazon 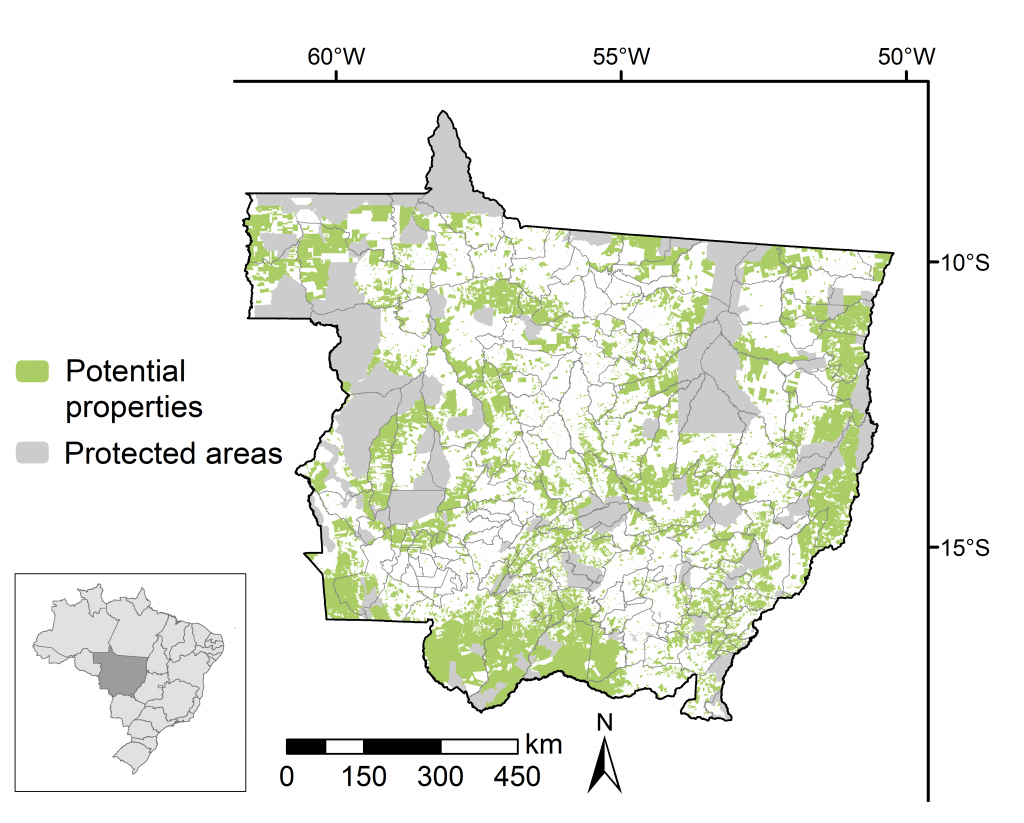 Rural agricultural producers in the Brazilian Amazon are getting paid to preserve forests that could be legally deforested inside their farms. The Conserv initiative will be launched tomorrow (10/7) in Brasília by the Amazon Environmental Research Institute (IPAM), the Environmental Defense Fund (EDF), and the Woodwell Climate Research Center, after three years of preliminary studies.

In Brazil, environmental legislation establishes that 35% to 80% of farms must be set aside for conservation in the Legal Amazon. The Conserv initiative aims to use financial incentives to protect forests in excess of that legal requirement.

“The Conserv concept is simple. In the Mato Grosso State, there are over 7 million hectares (70,000 square kilometers) of native vegetation, which could legally be deforested, affecting water availability and emitting more greenhouse gases into the atmosphere,” says Conserv coordinator Marcelo Stabile. “Conserv helps to reduce the pressure for deforestation in private lands, while it recognizes the role of those who decided to keep their forest standing.”

The initiative began recently in Mato Grosso State with seven 30-month contracts encompassing 6,500 hectares of forest. Producers who join the initiative are paid every six months, after IPAM verifies that the forest has not been disturbed.

In coming months, Conserv aims to sign up to 30 contracts in pre-chosen municipalities, achieving an area of at least 20,000 hectares. The payments made to farmers will continue through the end of 2022 from investments made by the Norwegian and Dutch. The plan is to create business models to expand the program in the future using private finance and other incentives.

“Our goal is to scale Conserv up to become a business model for conservation of private forests in Brazil,” says André Guimarães, IPAM Executive Director.

Amazon forests are a critical part of the global climate system, absorbing roughly 15% of global carbon emissions and releasing water into the atmosphere, contributing to rain around the globe. These forests also cool land surfaces and make rain locally, creating the environment that supports agriculture.

“Forests and farms may compete for space, but farmers – and the whole world – need these forests,” says Michael Coe, director of the Tropics Program at Woodwell Climate Research Center.

Rural agricultural producers are one of four stakeholder groups that IPAM and Woodwell Climate Research Center have identified as key to conservation of Amazon forests. Others are Indigenous communities, large agribusinesses, and government officials.

“Working with these stakeholders, we have developed evidence-based strategies for preserving forests while addressing the needs of those who inhabit, manage, and use the land,” says Coe. “Conserv is that strategy for rural producers.”

Additionally, Conserv is focusing on areas at risk of deforestation.

Ruben Lubowski, Chief Natural Resource Economist for Environmental Defense Fund, said: “With deforestation threatening rainforests throughout Brazil, an essential part of the solution is to create tangible incentives for farmers to protect forests above and beyond what is required by law. CONSERV is a model for efficiently delivering funding to protect at-risk forests on private lands in a way that maximizes impact in terms of forest protection and other environmental benefits.”

Before signing the contract, IPAM analyzes the rural producer, its associates, and the property’s status, including the preserved area, land documentation, and criminal and environmental records. The monitoring is continuous during the contract period, including satellite data and field visits.

“We want to turn Conserv into a business model that recognizes those who are interested in reconciling producing and conservation,” says Stabile.

He acknowledges there is still opportunity for agriculture intensification in Brazil, and rural producers can expand their production activities while being paid to conserve forests beyond what the law requires.

“For us, Conserv is more than a payment for environmental service or a carbon offset project. It is a new way to see the rural landscape, with everybody winning,” says Guimarães.